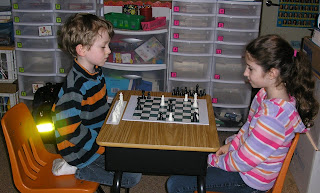 My kids (ages 6 and 10) both learned to play chess quickly and easily with two great products. One is called No Stress Chess, a two-sided chess game with a deck of action cards. The first side shows them where to place the pieces to start the game. The action cards depict each chess piece and how it moves.  The child moves only this piece on his turn. This eliminates the need to memorize all the pieces and their moves in advance, which is what overwhelms most beginners. After a few turns, the child begins to instinctively know how to move and capture with the various pieces. Once the children become comfortable with the moves and powers of each chess piece, they can flip the board over and put aside the deck of action cards and play chess unaided---the second side is a standard chess board!  The second product my kids really enjoy is a computer software game called Learn to Play Chess with Fritz and Chesster. Kids play 7 arcade-style games to learn chess basics, then put what they've learned to the test in the Intelligym, a training ground for future chess pros. Finally they can play in a tournament and try to defeat King Black. This is one of their first choices of games to play when they are allowed free-choice for computer time. They have learned some great strategies with this that I've never seen. It's awesome!
Posted by Stevie at 9:28 PM

This Day in History

Some of My Favorite Homeschool Blogs

Stevie
Wisconsin
I am a Christian, a wife, and a homeschool mom of two; passionate about God and family. Counting my blessings every day, and trying to keep focused on Christ. 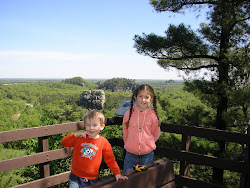 A Beautiful Day at Mill Bluff

"Hillary Clinton says it takes a village to raise a child. I've
seen the village; and I don't want it raising my child." -
unknown 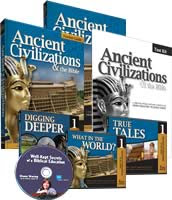 From Creation to Christ 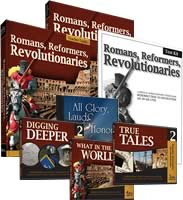 Oh that God would give every mother a vision of the glory and splendor of the work that is given to her when a babe is placed in her bosom to be nursed and trained! Could she have but one glimpse into the future of that life as it reaches on into eternity; could she look into it's soul to see its possibilities; could she be made to understand her own personal responsibility for the training of this child, for the development of its life, and for its destiny,--she would see that in all God's world there is no other work so noble and so worthy of her best powers, and she would commit to no other's hands the sacred and holy trust given to her. -JR Miller